This site is a laboratory. In particular, I’ve been seeking a friction-free way to write. I think I’ve found it. 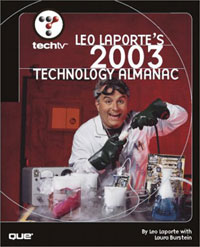 I’ve long wanted to be able to blog as easily as one would tweet. Most content management systems put up a number of roadblocks. If it’s a struggle to post, however little, I’m less likely to do it.

I know I’m an edge case here. As a broadcaster there’s zero friction to speaking my mind. I sit in front of a mic, form a thought, make some mouth noises, done.

Writing is a much more painstaking process, and even though I’ve done a lot of it, it’s always felt like labor. I listen to writers do podcasts (I’m listening to Jon Gruber’s Talk Show from WWDC right now, for example) and I can feel how much harder it is for them to talk than write. Sometimes I can even hear them re-writing their words before they speak. I probably should do that more often, but I generally speak quickly and with little to no editing. To each his own but that’s my preferred way to create content. And how I’ve made my living for more than 40 years.

But I do want to write. There are lots of reasons to put pen to paper. Writing forces a more thoughtful pace, requires more rigorous reasoning, and is the best way to develop complex ideas. It’s also more permanent, and, potentially, begs a more thoughtful response from readers. And, once I’m done, writing is more deeply satisfying. That makes sense. The more effort one puts into doing something, the more satisfying the sense of accomplishment will be when done.

Writing is so much work for me that I don’t want to add any friction via the mechanics of posting what I’ve written. Ideally I’d fire up an editor, write something, save it, and it would magically appear as a post. I think that’s one reason Twitter is so successful. But… it’s also why Twitter is so full of ephemeral crap – it’s too easy. Twitter combines the worst of both worlds: thoughtless posting with a permanent record. That combo has bitten most of us over time. So I guess I don’t want to make it that easy. There should be enough friction to encourage thoughtful writing. That’s where the text editor comes in. Once I’m looking at all that blank real-estate on my screen I feel the need to fill it. There’s no jotting and posting here. I’m in writing mode.

For a while I used Manton Reece’s micro.blog, “the fastest way to blog”. But it’s too fast. Like Twitter it encourages short off-the-cuff posts - and I wanted to encourage my monkey mind to work on longer pieces (like this). Also, after long experience, I’ve learned it’s best to host my own content. I want my stuff to live on my server, and to live in a form that’s easy to backup and move around (like, say, plaintext + markdown).

I believe I’ve found all of the above here. My workflow at leo.fm varies, but over time it has evolved to the following.

I mount my web site locally using sshfs on all my machines, so I can create and edit posts on my local machines. When that file is saved or updated, hugo rebuilds the site instantly, and the post is up. You can’t get simpler than Ctrl-S to post.2

This is an wonderfully flexible workflow. That’s another requirement of friction-free posting, it has to work wherever I am.

There are a number of ways I can create and edit posts. I’ve used emacs on the server for many posts. I like Panic’s Code Editor for the iPad, too. Its support for ssh, sftp, and editing makes the iPad a perfect way to work on the site. I actually started this post on my iPad using Code Editor3 but I’m finishing it on my Mac using the absolutely wonderful Typora (Mac/Windows/Linux). This really is the perfect writing tool for any purpose, but for blogging it’s the best markdown editor I’ve ever used, it even supports the automatic upload of image files. And it’s clean and beautiful - the ideal writing tool.

I started this post on the iPad using Code Editor while eating breakfast. Now, after lunch, I’m finishing it on my iMac in my office. I’ll probably edit it later on my Linux laptop while in bed. It’s all the same file, which lives on the server at TWiT, but I have many ways to access it. Perfect. Now to change draft to false and post.