How To Be Talent

Tips for podcasters and other show-offs

One of our hosts asked me for some talent coaching. This is how I responded. 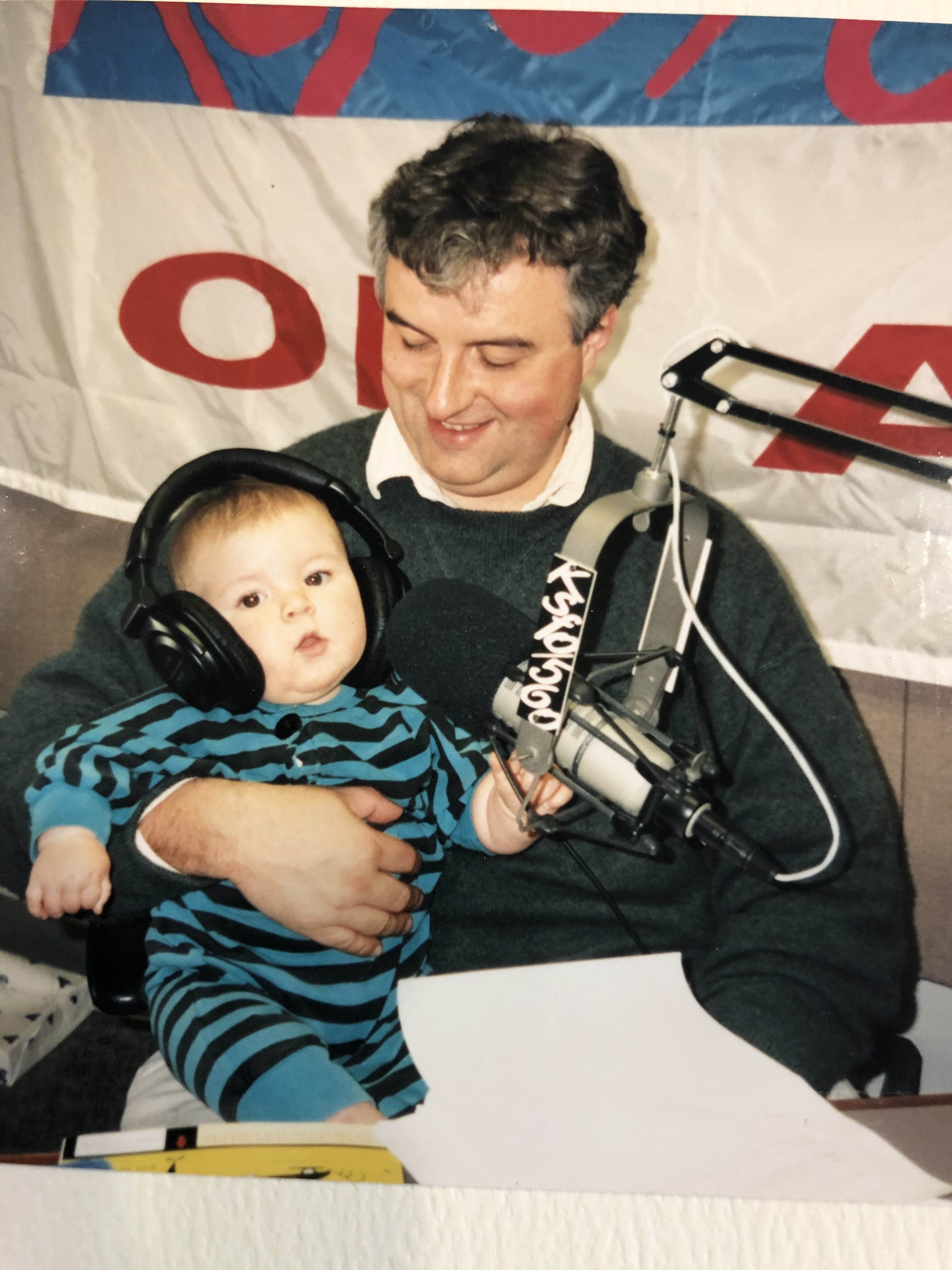 I’ll tell you what I do, but this is only what works for me. I don’t have any talent. I can’t tell jokes. I can’t juggle. I’m not sexy. So all I can do is try to be myself, be likable, and serve my audience. I’m always trying to get to the love that’s at the core of all human interactions. For me, connecting with the audience is to love and honor who they are. And connecting with the audience is my job. It’s what I strive to do every time I’m on the air.

I do very little prep these days - I should definitely do more but I’m lazy. Remember I’ve been on the radio for 43 years, and doing interviews since 1987, so everything I do is totally internalized and mostly unconscious. There’s no way I could pass it on to you, and you wouldn’t want me to if I could, since the essence of being good on the air is to be totally yourself. And, bad news, you can’t pursue being centered and authentic on the air. You can only relax into it. And that just takes practice. It took me 15 years before I was any good.1

In interviews, I am naturally curious. That helps. Always pay attention like a hawk to what people are saying. They’ll tell you what they want to talk about. Make it a conversation, not a series of questions. I will sometimes think of a question or two ahead of time, just so I have something to fall back on, but generally, if you are really engaged in the conversation, the next question will come easily. Never be thinking of what you’re going to ask next; you’ll miss the cues your guest is giving you. The essence of great interviewing is to be a great listener. Engage in the conversation and let your natural curiosity direct you. Be very careful about trying to show what you know. I hear a lot of interviewers trying to be smart. It’s better to be dumb. That’s how you learn.

I think it is worth trying to be as honest and genuine as you can be at all times. People can sniff inauthenticity. There’s plenty of it on the airwaves, but I believe people want to see you as you are. That’s scary because there’s always the risk people won’t like you, but it’s better to be yourself than to try to appeal to people by putting on a false persona. If they don’t like you, so be it.

Be open, be kind, and always aim toward honesty. It’s hard enough in real life, and it’s even harder on-the-air because you can’t see your audience. It’s easy to fall into the trap of being automatic. Always strive to be present and always ask yourself, “am I telling the truth?”

Studying improv was useful. In improv the rule is always to respond to every prompt with “yes, and” - never block, never say no. In improv you learn to listen. You also learn how to center and relax even while your energy is soaring. When the mic comes on you’re going to feel a rush of energy. Use it, don’t let it run you. You want to get into a heightened state of awareness without becoming amped up. Mihaly Csikszentmihalyi calls it flow. You’re always working to get into the flow state. Also, learn how to pronounce long last names.

This is all very meta advice. I don’t do “talent coaching.” Sometimes coaching is as simple as telling someone to say “you know” less, but I don’t like to operate at that level. You should do that yourself. Watch video and look for repetitive verbal crutches and tics. Practice reading until you can be fluent, even the first time you see something. I make little notes to myself about goals, “don’t interrupt,” “slow down,” “don’t curse,” etc. and then store them in the back of my mind. Practice one thing at a time. It’s good to work on technique, but you don’t want to become self-conscious.

It’s like learning to be a pro-basketball player. You can work on your skills, and I guess you have to, but nothing is going to sing until you can stop being self-conscious enough to flow. If you’re “working at it” on-the-air it shows. Never let them see you sweat. You don’t want to make your audience worry about you. You want them to feel like you’re supremely confident and in control. But if you’re not, and stuff is falling apart, don’t hide it, be honest. Don’t freak out, enjoy yourself. That’s another way to be in control: own what’s going on. Your audience always knows exactly what’s going on. Don’t cover up, own up.

Sometimes it all goes to hell. It happens to all of us. Don’t sweat it. Tomorrow is another show. Keep striving to connect with your audience, to be human, to be honest, to be vulnerable. Strip away the protective shell we all wear and be present. The best on-air talent is totally real.

It’s good to study others and notice what works. I love to study veteran performers. I am always impressed with how calm and in command they are. They never strive to entertain, they just do. Think of the person you like best on the air. What makes them interesting? What makes you like them? Find that in yourself. Don’t be them, of course, be you, but it’s normal to start out by imitating your heroes and develop your own style later. I was heavily influenced by David Letterman, and copied his mannerisms for a long time. Before that it was Don Imus. I liked them because they never seemed to be trying to please their audiences. They had a “take it or leave it” attitude. My career didn’t take off until I stopped trying so hard. You don’t want to be smarmy or ingratiating. Be cool.

Always remember you are there to serve your audience. That’s where the humility comes from. They aren’t here to listen to you; you are there to serve them. To keep them company. To inform. To entertain. To make their lives better. Even just to give them a little break from the day-to-day. You are performing a great service. Be grateful for the opportunity.

That’s it. That’s everything I know about being on-the-air. Now forget what I said and be yourself. Getting to perform for others is a great privilege. Enjoy it.